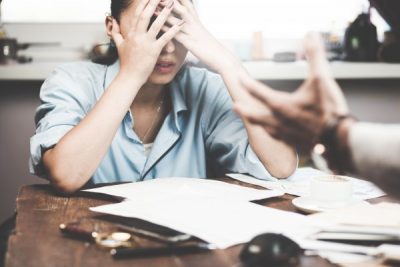 Can a refusal to accept a pay cut result in a genuine redundancy?

Can an employer propose to cut an employee’s pay, and make them redundant if the employee refuses? A 2017 decision of the Fair Work Commission suggests not. It’s vital to know your rights and obligations under Australian laws on redundancy.

In Mallard (and ors) v Parabellum International Pty Ltd [2017] FWC 2531, the FWC held that making an Employee’s role redundant following a refusal to accept a reduction in wages will not be a ‘genuine redundancy’ under the Fair Work Act 2009 (Cth) (FW Act).

In November 2016, Parabellum International (the Company) requested that three employees agree to a 13% reduction in their pay, because of a downward pricing restructure in its service contract with Chevron.

The employees refused to accept the reduction, and the Company subsequently made their roles redundant due to “operational changes to the business”. The three new employees were subsequently re-hired into the roles, on 13% lower salaries.

The redundant employees lodged an unfair dismissal application with the FWC, claiming that their dismissal was not a genuine redundancy per s.385(d) of the FW Act.

The Company countered with a jurisdictional objection under s.396(d) of the FW Act, seeking the matter be dismissed, claiming the FWC could not hear the matter as each employee’s dismissal was a ‘genuine redundancy’ as defined by s.389 of the FW Act.

The hearing centered around the meaning of ‘job’ within s398(1)(a) of the FW Act, which states:

A person’s dismissal was a case of genuine redundancy if: the person’s employer no longer required the person’s job to be performed by anyone because of changes in the operational requirements of the employer’s enterprise.

The Company submitted that the term ‘job’ was to be read widely, to include all contractual arrangements, including the employee’s remuneration under their contract of employment.

Therefore, the Company argued, there had been a genuine redundancy as each employee’s ‘job’ (being the job at the higher rate of pay) had been made redundant, being replaced with a new ‘job’ at a 13% lower rate of pay.

In opposition, the employees submitted that as they were replaced by new employees in the same roles (albeit on 13% lower salaries), their roles were not redundant.

They submitted that ‘job’ per s398(1)(a) of the FW Act meant “a collection of functions, duties and responsibilities entrusted, as part of the scheme of the employer’s organisation, to a particular employee” (citing Ulan Coal Mines Ltd v Howarth (2010) 196 IR 32 at [17]).

To read contractual remuneration terms into this meaning would allow an employer to make an employee redundant by merely finding another employee to do the job for less wages, which would undermine the FW Act’s unfair dismissal provisions.

Not a genuine redundancy

Deputy President Bull rejected the Company’s argument, and dismissed the jurisdictional objection, indicating that the Company provided no authority to support a wide definition of ‘job’ which included remuneration entitlements.

DP Bull acknowledged that while the Explanatory Memorandum, and other decisions (specifically the Australian Taxation Office Ruling TR 2009/2 Income Tax Genuine Redundancy Payments), provided many examples of what is considered a genuine redundancy, none identified that a failure of an employee to accept a reduction in remuneration would be a genuine redundancy.

The Deputy President found that here, there was no genuine redundancy as the functions, duties and responsibilities of the employee’s roles had not been altered. Rather, identical positions were offered to new employees with a lowered rate of pay.

The Company’s jurisdictional objection was dismissed and the unfair dismissal claims listed for future directions.

Despite the clear operational basis for the Company’s decision, this case highlights the complexity associated with implementing a redundancy.

In light of this decision, employers will need to ensure that before enacting any redundancy, there are genuine operational reasons underpinning the decision beyond mere reduction in salaries.

Given the potential risks of employee claims, and the costs associated with such claims, employers should consider seeking legal advice before enacting any redundancy program seeking to reduce wage related overheads.

MDC Legal is a specialist employment and workplace relations law firm providing expert solutions through high quality, cost effective legal services.Find out more about the MDC Legal Team or Contact Us to discuss your matter.