Record Keeping Requirements for Employers: What You Need to Know 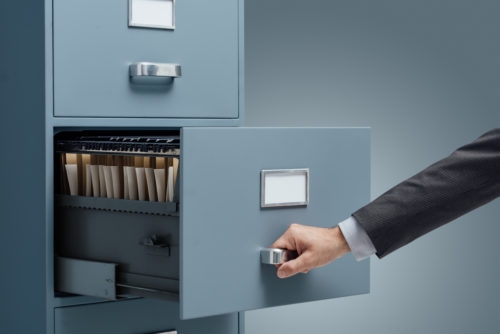 Keeping employment records is your responsibility as an employer

Failure to keep records is a breach of the Fair Work Act 2009 (FW Act) for which the employer may be fined. However, after the enactment of the Fair Work Amendment (Protecting Vulnerable Workers) Act 2017 (Vulnerable Workers Legislation), the consequences of failing to keep employee records are much more significant, including a tenfold increase in fines and a handicap in defending employee claims.

Record keeping requirements for employers—what you need to know

In addition to these employer records, employers must provide their employees with a pay slip within one day of paying wages. Pay slips need to include the following information:

Historically, an employer breaching the FW Act by failing to keep records or provide the requisite pay slips could be fined up to $63,000 for each breach. In addition, if an individual was involved in the breach, they could be personally fined up to $12,600 per breach.

This made several changes to the FW Act aimed at protecting vulnerable workers. These changes included strengthening the Fair Work Ombudsman’s (FWO) power to collect evidence in investigations and making franchisors and holding companies responsible for underpayments by their franchisees or subsidiaries in specified circumstances.

These provisions are aimed at employers such as those in the recent case of FWO v Xia Jing Qi Pty Ltd & Anor [2019] FCCA 83. In this case, the employer, a former 7-Eleven franchisee, knowingly presented false and misleading payroll records to the Fair Work Ombudsman when requested. The employer had implemented a cashback scheme whereby employees had to return to their employer the portion of their wages that was in excess of $15 per hour. The employees were paid by electronic bank transfer and then had to cash out the ‘excess’ amount and place it in a safe drop box located in the 7-Eleven store. The employer did not alter the pay records to reflect the employees’ lesser wages.

The Vulnerable Workers Legislation increased the maximum penalties tenfold (to $630,000 for employers and $126,000 for individuals per breach) for ‘serious contraventions’ of the requirements to keep records and to issue payslips.

A breach of the FW Act is a ‘serious contravention’ if it was:

In January 2019, the FWO launched the first legal action using these new reverse onus of proof provisions. This action is against two sushi fast food outlets that allegedly underpaid 9 migrant workers by almost $20,000. In response to the FWO issuing a notice to produce records relating to the employee, the company advised that it did not have employment records and pay slips but produced ‘reconstructed’ records. The case is listed to be heard in August 2019 – sign up here to receive MDC Legal’s newsletter for updates.

What does this mean for employers?

Ensuring that proper employee records are being made and kept is a fundamental and constant requirement of running a business and given the heavy penalties for employers who fail to keep adequate records, it makes commercial sense to establish and maintain adequate employee records for the legislated seven-year period. Failure to do so could have dire consequences, including tying your hands in defending employee claims and exposing the business and key individuals to significant penalties.

MDC Legal is a leader in providing advice and ensuring your business is compliant with Fair Work legislation. MDC Legal can advise your business on the best way to ensure compliance with the FW Act. Contact MDC Legal today on (08) 9288 4000.