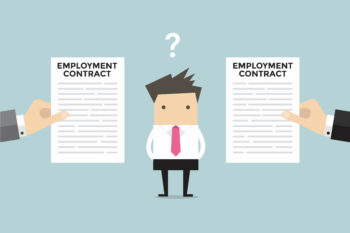 In the recent decision of Joshua Klooger v Foodora Australia Pty Ltd [2018] FWC 6836, the Fair Work Commission held that a Foodora rider who was engaged as an independent contractor was in fact an employee and, therefore, eligible to bring an unfair dismissal claim.

The Commission confirmed that the distinction between an employee and an independent contractor:

The Commission also emphasised that determining whether a relationship is one of employment or independent contract is a qualitative exercise that requires consideration of the overall effect of the relevant factors:

The object of the exercise is to paint a picture of the relationship from the accumulation of detail. The overall effect can only be appreciated by standing back from the detailed picture which has been painted, by viewing it from a distance and by making an informed, considered, qualitative appreciation of the whole.

In determining that Mr Klooger was an employee, the Commission’s consideration of the following two factors were of particular note.

Foodora submitted that there was no obligation on riders to accept shifts or to delivery jobs. Despite this, the Commission held that Foodora had considerable capacity to control the manner in which the applicant, Mr Klooger, performed work.

Foodora uses a “batching system” which establishes a fortnightly assessment process based on individual performance factors such as the number of times a selected shift was not performed, the number of orders delivered per hour, the percentage of time that an individual was late to commence shifts, shifts completed on weekend evenings and the average weekly hours performed by an individual. The batching system produces a ranking of individual riders by reference to which available shifts are offered and subsequently selected.

This led the Commission to conclude:

Consequently, the level of control that might be exercised in employment situations by way of direct verbal or written instructions to an employee from the employer, was obtained by Foodora by virtue of the operation of, inter alia, the batching system. As a matter of practical reality, the applicant could not pick and choose when and where to work, or how fast or slow to make deliveries.

The case is unusual in that Mr Klooger was allowing up to 4 other individuals to work on his Foodora account (the “substitution scheme”). Mr Klooger used the acronym JKDC (Josh Klooger Delivery Company) to describe the scheme. After being paid by Foodora as if he was working the shifts, Mr Klooger would reconcile payments to the individuals who worked on his account after making a deduction for tax and for his own involvement.

Although the independent contractor service contract required Mr Klooger to obtain Foodora’s prior written consent for any sub-contracting of the services provided, when Foodora became aware of the substitution scheme it took no steps to stop it and, instead, commended Mr Klooger for his entrepreneurial initiative.

Foodora submitted that Mr Klooger’s ability to delegate the performance of services was fundamentally inconsistent with the existence of a contract of employment; which requires that personal services be discharged by the employee. Foodora also submitted the Mr Klooger was running an independent business enterprise, namely JKDC.

The Commission accepted that the personal service nature of employment would normally not permit another individual to perform the work of an employee. However, the Commission noted that the service contract did not provide for an unfettered right for Mr Klooger to sub-contract his work – rather it required that sub-contracting must occur with the consent of Foodora and any sub-contractor must observe the terms and conditions of the service contract.

The Commission also noted that Foodora endorsed the substitution scheme, knowing that at least one-subcontractor was apparently performing work in breach of Australian law. This led the Commission to conclude that:

After finding that Mr Klooger was, at law, an employee, the Commission made the following general observations, which indicate that incorrectly labelled independent contractor arrangements will continue to face significant difficulty:

As an employee, Mr Klooger was successful in arguing that Foodora’s dismissal of him was unfair.  He was awarded the maximum compensation of 6 months’ wages on the basis that there was no evidence that Mr Klooger’s employment would have ended in the near future, less the income Mr Klooger earnt between the dismissal and the hearing.

MDC Legal is a specialist employment law firm. If you would like advice or assistance in relation to your independent contractor arrangements, please contact MDC Legal on (08) 9288 4000.