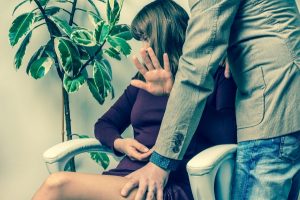 In perhaps the most interesting development to date since the commencement of the Fair Work Commission’s (FWC) anti-bullying powers, Commissioner Hampton, the Panel Head of the FWC’s anti-bullying jurisdiction, has issued an interim order to restrain an employer from dismissing an employee for alleged misconduct until the tribunal determines the employee’s anti-bullying application.

This decision is significant as it provides an indication of the FWC’s willingness to make interim orders restraining disciplinary actions of employers, in circumstances where the applicant’s employment may be in jeopardy, in order to enable the FWC to hear and determine stop bullying applications.

On 10 March 2017, the applicant filed a stop bullying application with the FWC, alleging that behavior towards her by several senior executives, and a misconduct investigation commenced against her by her employer, Bendigo Kangan Institute T/A Bendigo TAFE (BKI), were unreasonable and constituted workplace bullying.

The matter was initially listed for conference before the FWC on 3 April 2017, however, on 28 March 2017 BKI wrote to the applicant, directing she attend a meeting on 3 April 2017 to respond to the findings of the investigation, and determine its outcome. The Applicant subsequently took extended personal leave, being deemed medically unfit for work for a period of 30 March 2017 to 23 April 2017, due to the onset of a depressive illness.

On 2 April 2107 the applicant sought an interim order under s.589 of the Fair Work Act 2009[1] preventing BKI from continuing with the investigation and from taking any disciplinary action against the applicant, pending the determination of her stop bullying application.

She argued that without the interim orders, BKI would likely dismiss her after finaising the investigation, which would prevent her bullying application from being determined on jurisdictional grounds, as the FWC would be prohibited from hearing her application if she was no longer an employee of BKI.

BKI opposed the interim application submitting that the investigation constituted reasonable management action in response to genuine concerns about the applicant’s behaviour and was conducted in a reasonable manner, by an independent third party.

BKI argued that the Commission was being asked to prospectively injunct it from dismissing the applicant, and such an order went beyond the FWC’s powers.  Further, it argued that if the applicant was dismissed, although it would effectively prevent her continuing her bullying application, there were alternative remedies she would be able to pursue.

In considering the application, Commissioner Hampton applied the well-established principles relating to interim decisions, being: whether the applicant has a prima facie case (whether there was a real question to be tried); and whether the balance of convenience favored the granting of an interim order.[2]

In relation to a prima facie case, alongside noting that the finalisation of the investigation whilst the applicant was unfit for work could be deemed to be continuation of the alleged unreasonable behavior, the Commissioner stated that the application had merit, with sufficient likelihood of success to justify the preservation of the status quo pending a determination of the matter by the Commission.

The Commissioner also found the balance of convenience firmly favored making an interim order in this case as the very real prospect of the dismissal of the applicant would potentially deny her capacity to have her bullying application heard and determined.

The Commissioner granted an interim order preventing BKI from finalising the investigation, imposing any disciplinary sanction in connection with that investigation, or terminating the applicant’s employment until the bullying application was determined.

Effects of this decision

This decision will not necessarily open the door for any employee, aggrieved by a disciplinary process, to lodge a stop bullying application and seek an interim order to delay or prevent any adverse finding against them.

Commissioner Hampton in his decision warned that such interim orders were not to be issued lightly, and that such intervention by the Commission should be exercised only with considerable caution, saying further that:

“…the mere indication that a disciplinary process was involved in the complaints of workplace bullying, without much more, is unlikely to trigger the balance of convenience necessary for such action … the Commission should be alert to the undesirability of permitting the anti-bullying jurisdiction to simply be used to circumvent reasonable disciplinary action and its consequences.”

However, it is anticipated that several similar applications may follow in the near future, and both employer and employee advocates will be watching this area closely.