How formal does performance management need to be? 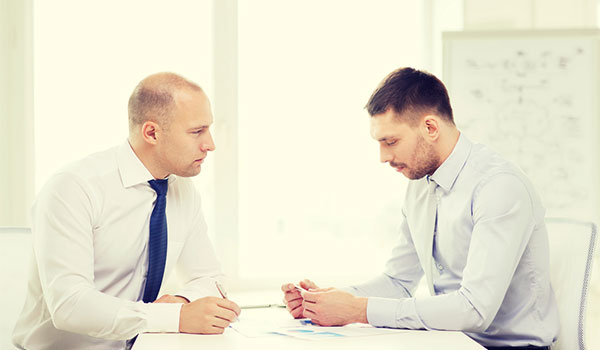 Does a Performance Management Process Need to Be Formal?

Formal written warnings and structured performance improvement plans are not an essential requirement to prove that a dismissal, based on poor performance, is fair.

So held the Fair Work Commission (FWC) in Etienne v FMG Personnel Services Pty Ltd [2017] FWC 1637, where an employee’s dismissal was found to be not unfair, despite the employer’s failure to: provide formal warnings about his performance; keep contemporaneous file notes; or formally performance manage him.

However, the case does reinforce the need for employers to provide evidence of communication of performance expectations, and an opportunity for an employee to address any identified underperformance.

The employee commenced as a logistics controller with FMG Personnel Services Pty Ltd in September 2014.

From around September 2015 the Company had concerns about the employee’s performance, such as: his lack of understanding of concepts and transactions central to his role; he did not comply with business processes; he was unable to prioritise his duties; and he was not effective at working relationships.

Over a period of 10 months, the Company undertook a number of informal processes to address these issues with the employee, including:
a) frequent one on one training with his supervisor;
b) frequent informal discussions addressing mistakes and misunderstandings;
c) provision of external training on processes central to his role;
d) ongoing counselling and practical performance improvement suggestions; and
e) seating rearrangement, for the employee to sit next to his supervisor, in order to provide ongoing one on one coaching on a daily basis.


Despite these measures, the employee showed little or no improvement in his performance.

In June 2016, following further rudimentary errors and complaints, the Company held a meeting with the employee to commence a formal Performance Improvement Process (PIP).

the Company formed the view that engagement under a PIP would be futile, and decided to terminate the employee’s employment.

The employee filed an unfair dismissal application, claiming that the dismissal was unfair as he was not afforded the requisite procedural fairness, not being notified of the employer’s performance concerns, nor given any formal warnings or an opportunity to improve under a formal PIP process.

Deputy President Binet found the dismissal was not unfair as the Company had dismissed the employee based on his inability to perceive or achieve an acceptable level of work performance.

However, in relation to formal performance management requirements, the Deputy President said at [88]:

” While useful from an evidentiary perspective, performance management need not occur in a formal documented manner in order for an employer to rely on it as the basis for the termination of an employee’s employment on the grounds of poor performance”

The Deputy President found that the Company had clearly communicated their performance expectations to the employee, and diligently assisted the employee to try to achieve these expectations over a period of at least 6 months.

Given the employee’s responses to the PIP meeting, there were reasonable grounds for the Company to form the view that further formal performance management would not be successful, and as such, the employee’s termination was not unfair.

The take away message from this case is not that an employer can skip a performance management process in taking disciplinary action for underperformance.

Rather, this decision is a practical application of the concept and requirements of fairness in the context of performance management.

Rather than focusing on the requirement for a technical, formalised documented performance management processes, the FWC looked to the fact that the employee was given sufficient notice of underperformance and was afforded opportunities to improve.

Given the potential risks of unfair dismissal claims, and the costs associated with such claims, employers should consider seeking legal advice before enacting any dismissal on the basis of poor performance if they are uncertain if there has been sufficient notification of underperformance or opportunities for improvement.